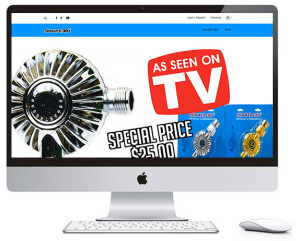 Have you seen the Shower 360° commercial?

Jaimee Dorris, owner of Jaimee Designs Web Studio is one of the actors in the video. After filming the commercial, the inventor of Shower 360° decided he needed a top-notch Website to house information on his product and for consumers to purchase the product.

The design is responsive and captures the branding of the product.